There has been an influx in the number of people who are willing to travel to another country to save money on medical procedures. Some Americans are saving 40%-90% on their surgeries, but does it make sense?

Medical Procedures In The United States 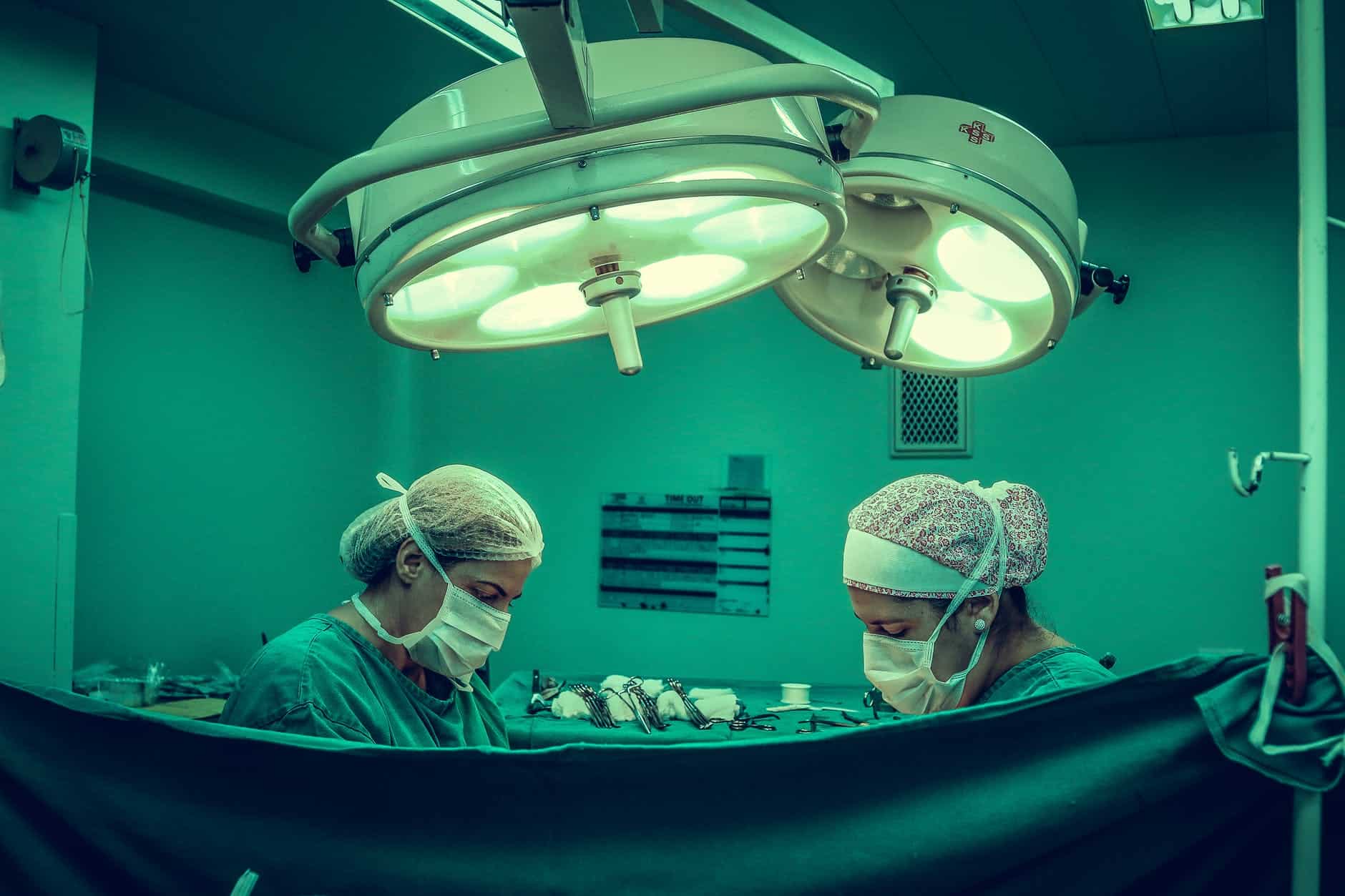 Each election cycle we hear about the broken health care system and the number of people who can not afford health insurance. With the rising cost of health care, many surgeries are out of reach for Americans. For instance, there has been a recent surge in people traveling to Mexico for bariatric surgery because it is much cheaper there.

Bariatric surgery involves altering the stomach and intestines to limit the amount of food you can eat and what is absorbed into the system. Often this surgery is not covered by insurance in the United States.  Due to the lack of coverage, a large number of Americans are traveling abroad for these types of medical procedures.

In addition to health-related surgeries, there has been an increase in the number of people traveling abroad for cosmetic surgery. Breast augmentation, for example, is considerably cheaper in Thailand than it is in America.

A recent Netflix series titled, “Beauty & The Beach” documents people traveling to Thailand from all over the world to have cosmetic surgeries. They travel because they are unable to afford these surgeries in their home country. The show glamorizes the events and it seems there are not many negatives associated with the decision to travel for health care.

Cost Comparison Of Surgeries In The U.S. Versus Other Countries²

As you can see, the United States is much more expensive than other economically similar countries. With these numbers, it’s no wonder people are traveling for cheaper medical costs.

As part of the personal finance community, I wanted to dive deeper into the pros and cons of traveling abroad for medical procedures and the implications associated with it. 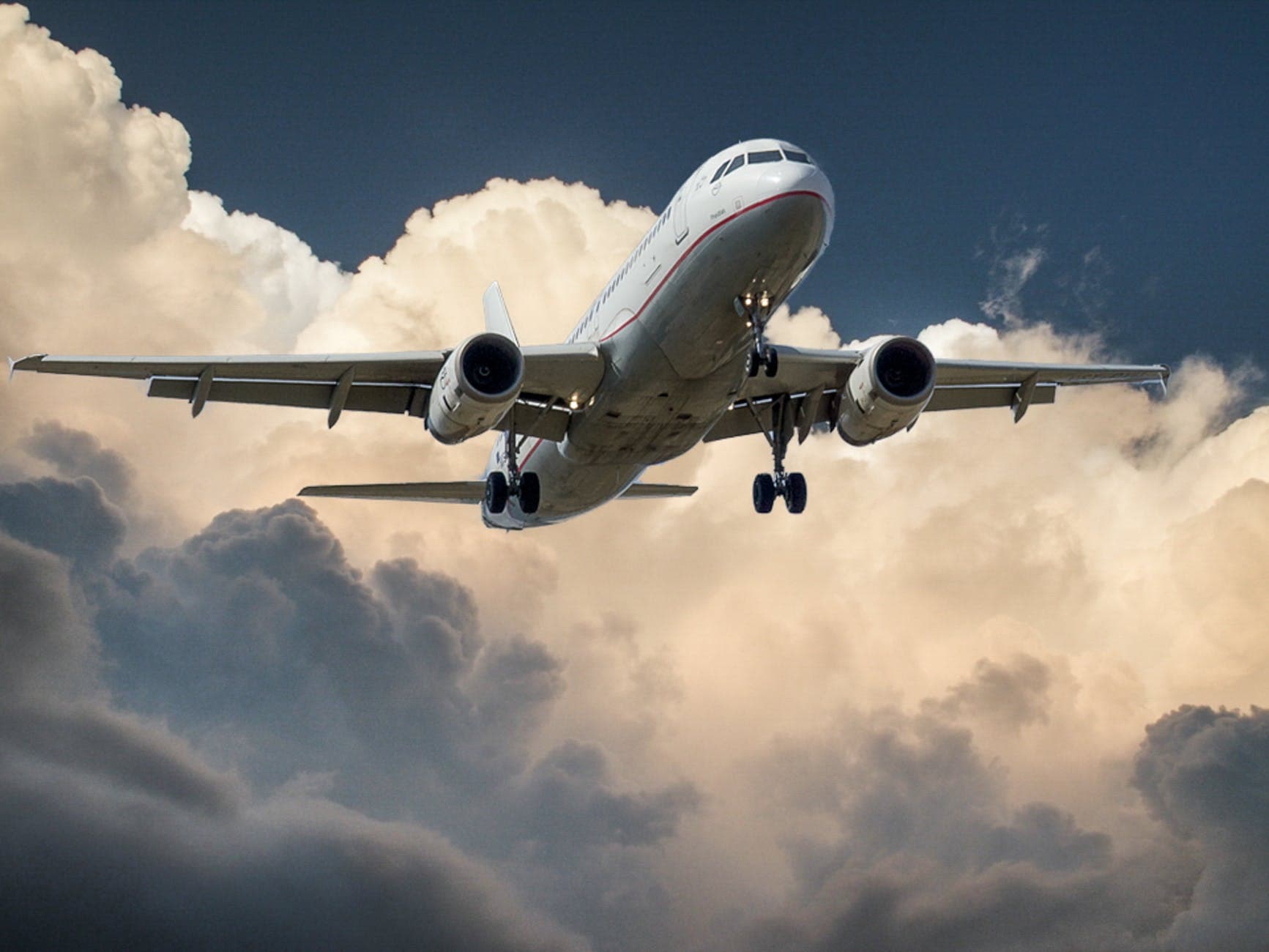 According to The Washington Post, in 2017, 1.7 million Americans traveled to other countries for medical care.° Medical tourism seems to be the answer to many patients financial hardships. Dental care that was previously financially out of reach, may now be available for low-income patients.

Due to the influx in medical tourism, an entire industry has been born. Companies that specialize in connecting patients to doctors and hospitals overseas are growing at a rapid rate. With the deeply discounted prices for surgery in other countries, it seems difficult to find fault with the decision to travel.

One such company is Patients Beyond Borders. Their business model is to help connect patients to high-quality affordable hospitals and doctors in other countries. They provide information to patients so they can make the best choice available in regards to their health care choices.  The process is quite seamless and the company takes a cut off the top as profit.

Stories From Those Who Have Traveled Abroad For Surgery

On face value, traveling for cheaper medical care seems to be a no brainer. There are a large number of success stories from people who have traveled abroad for various surgeries.

Recently, an Arkansas woman received a quote of $17,500 for bariatric surgery in the United States. However, when she price checked a hospital in Tijuana, Mexico, she found she could get the same surgery for $4,000.¹  By traveling to Mexico, she would only need to pay a fourth of the cost for the same procedure.

Due to the discount, she decided to go through with the surgery in Mexico. The surgery was performed as expected and she returned to the United States. Four months later, she discovered she was infected with a deadly strain of bacteria that is resistant to antibiotics. Shortly after her discovery, nearly a dozen Americans who traveled to Mexico for surgeries returned with similar infections.

The Dark Side Of Medical Tourism 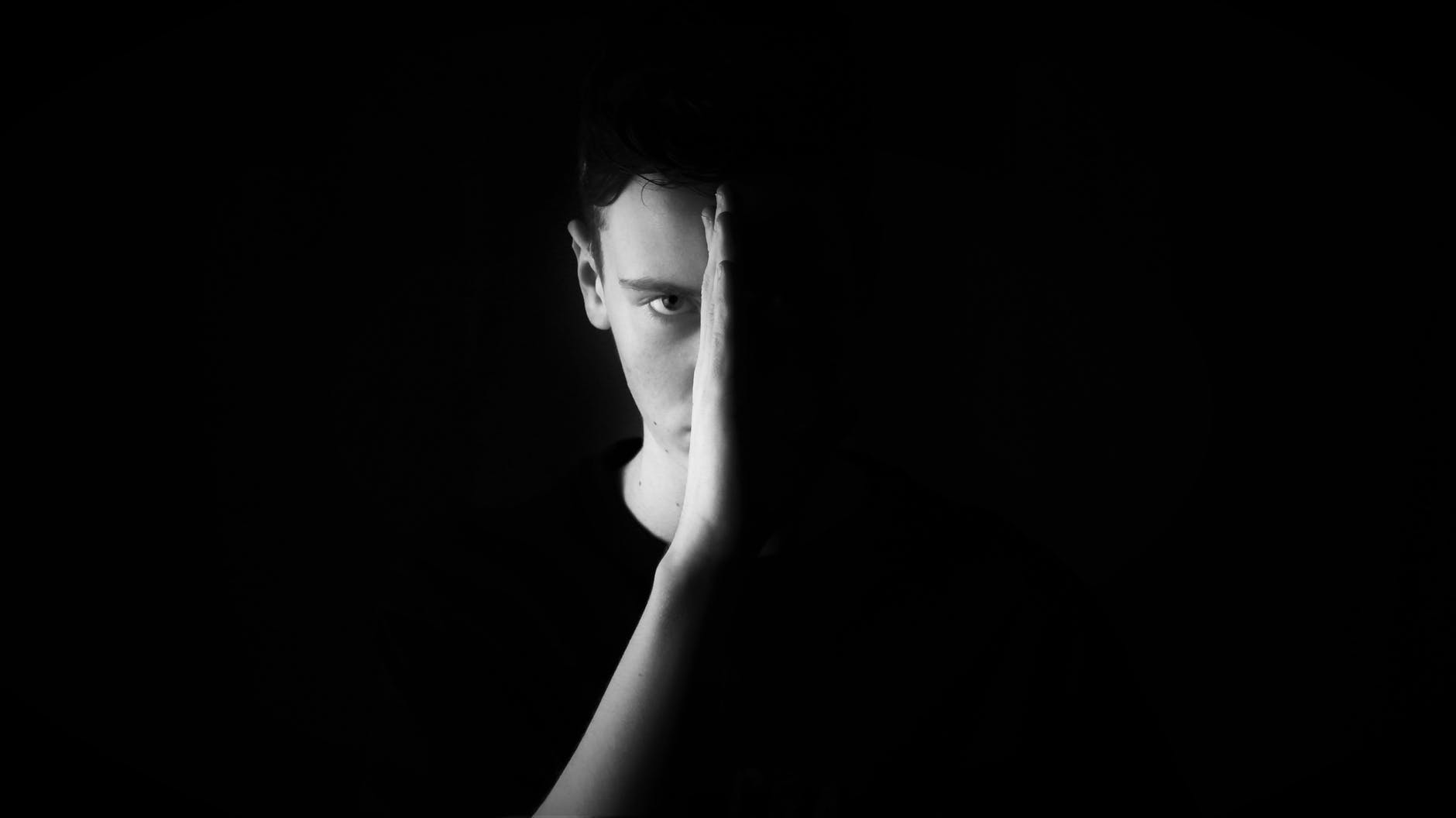 With the number of success stories, there are a comparable amount of horror stories. There are countless stories of bacterial infections, botched surgeries, and other malpractice issues.

Currently, the Centers For Disease Control and Prevention (CDC) has issued a travel warning for people going to Tijuana for medical procedures¹. The warning details the current bacterial infections that are being reported and the locations that are experiencing infections.

The United States And Medical Errors

On the opposite side of the spectrum, the United States also has its fair share of medical problems. According to a recent John Hopkins study, more than 250,000 people die each year in the United States due to medical errors.¹

Unfortunately, there is not accurate data available in countries outside the U.S. related to death and medical errors. Therefore, a reasonable comparison cannot be made. What we do know is that surgery in America is expensive yet there are still a significant amount of medical errors.

Medical procedures outside of the U.S. can be much cheaper, but the true cost and dangers of medical tourism are difficult to measure.

Things To Consider Before Traveling For A Medical Procedure 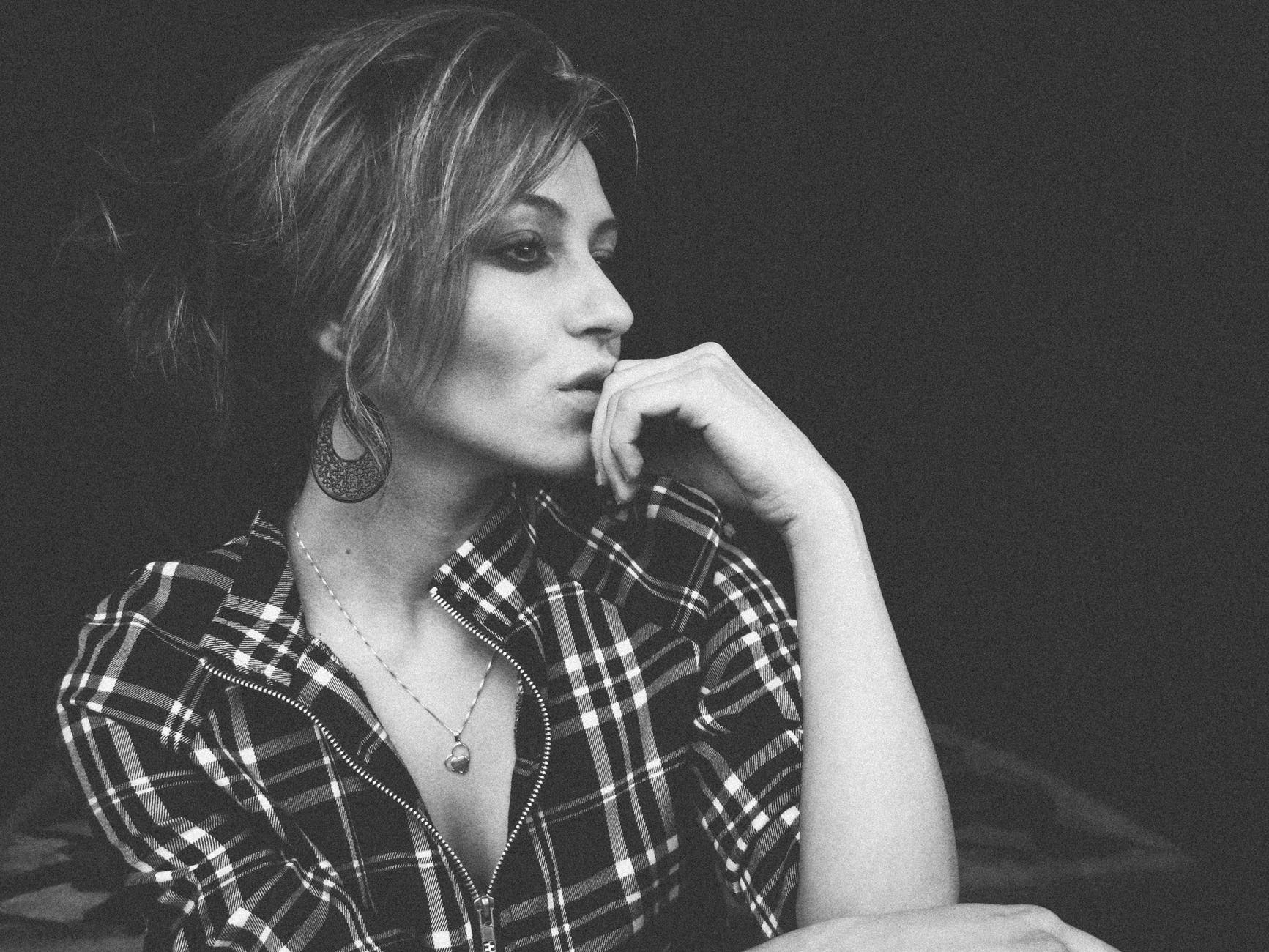 There are several issues that can arise from receiving medical care in another country. These issues must be considered before making a final decision.

The above-mentioned considerations are problems that can arise while you are in another country. However, there are additional potential problems to evaluate after you return to your home country.

Considerations After You Return Home

My Take On Medical Tourism

I do not think there is one single right or wrong decision that can be made in regards to medical tourism. I do not like to take risks, but I also do not like to spend money. The savings from having surgery abroad is extremely tempting and there are plenty of success stories.

The thought of having a medical complication in another country with a doctor who speaks broken English scares me. You are putting your trust in a health care system that you are unfamiliar with.

For this reason, I would not recommend traveling to another country for elective surgery such as cosmetic surgery. Save up cash for these procedures and get them locally. In the event you have a major complication, you can receive additional care locally with doctors you trust.

However, traveling for other necessary procedures becomes a much more difficult decision. If you have tried everything possible to lose weight and are dangerously obese, bariatric surgery may be necessary. If you do not have health insurance or a large savings fund, traveling may seem to be your only option. Before you make the decision to receive treatment in another country, make sure you have considered all the above-mentioned issues.

In a perfect world, we all would have quality health care and insurance that was preventative rather than reactive. That discussion, however, is not something I’m willing to dive into at this time.

I hope this article has clarified some of the issues associated with the medical tourism boom. The cheaper option is not always the best option, but it may be the only option available to you. I recommend you focus on getting out of debt and building up a healthy emergency savings for unexpected situations that arise in the future.
You can start with these simple steps:

I hope you can get your financial life on track to avoid having to make such tough medical decisions. I encourage you to take control of your finances before they take control of you. You can do this my friends and I will be here to help you through your journey. Please subscribe by email below so you don’t miss any upcoming posts. You work too hard to be this broke!