The following post is by ESI from ESI Money, a blog about achieving financial independence through earning, saving, and investing (ESI). It’s written by an early 50’s retiree who achieved financial independence, shares what’s worked for him, and details how others can implement those successes in their lives. He is also the author of a free ebook titled Three Steps to Financial Independence and spends a lot of his time interviewing millionaires.

Several months ago, a friend recommended I give Reddit a try. He said there was lots going on at the site and I would enjoy it.

“Enjoy” was not the first word I thought of when he mentioned it. I think I was more in the “fear” camp initially.

But I eventually overcame my concerns, joined Reddit, and spent a couple months trying to get into the flow of how things worked and finding subreddits I was interested in.
Once I felt more settled, I wanted to give back to the community, so I started looking at places to contribute.

Naturally, I gravitated toward the personal finance topics. After all, I have had a decent amount of money success myself (financially independent at 42, retired at 52, and had written on the subject for 15+years.)

But it didn’t take long to find out that everyone on Reddit is a money management expert. (I hope you can hear the sarcasm in that.)

Anyway, I had little interest in explaining money problems to a 32-year-old “expert” with almost no net worth to his name. I had seen others try and the pack descend on him, so no thank you.

I kept searching and eventually, I found a subreddit where people posted their resumes and asked for help reviewing them. As someone who had reviewed thousands of resumes during my working career, interviewed and hired hundreds of people, and managed my own career with success, I knew I could help.
So I dived in… 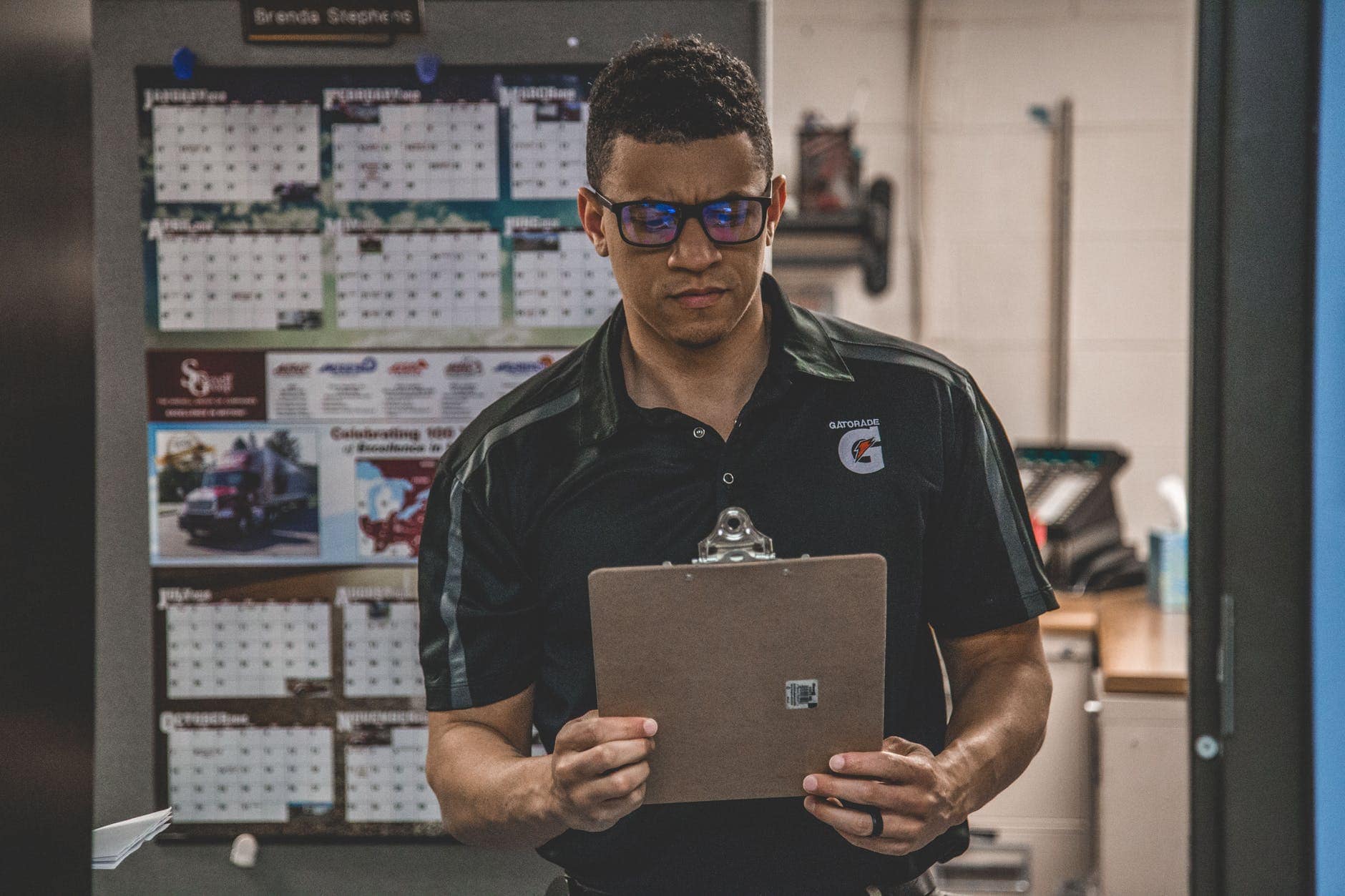 After reading several posts, I could see a pattern — a very strong pattern.
The posts were eerily similar to each other. I know that rarely happens but again and again, the same post popped up.

Here’s a representative sample of what the vast majority were like:

I have been looking for a job for a year now and am having no luck at all.

I have applied for about 900 positions and haven’t received one call back, so I’m sure the problem is with my resume.

Can you look it over and offer suggestions on how I can improve it?

The resume was attached for us all to comment on. 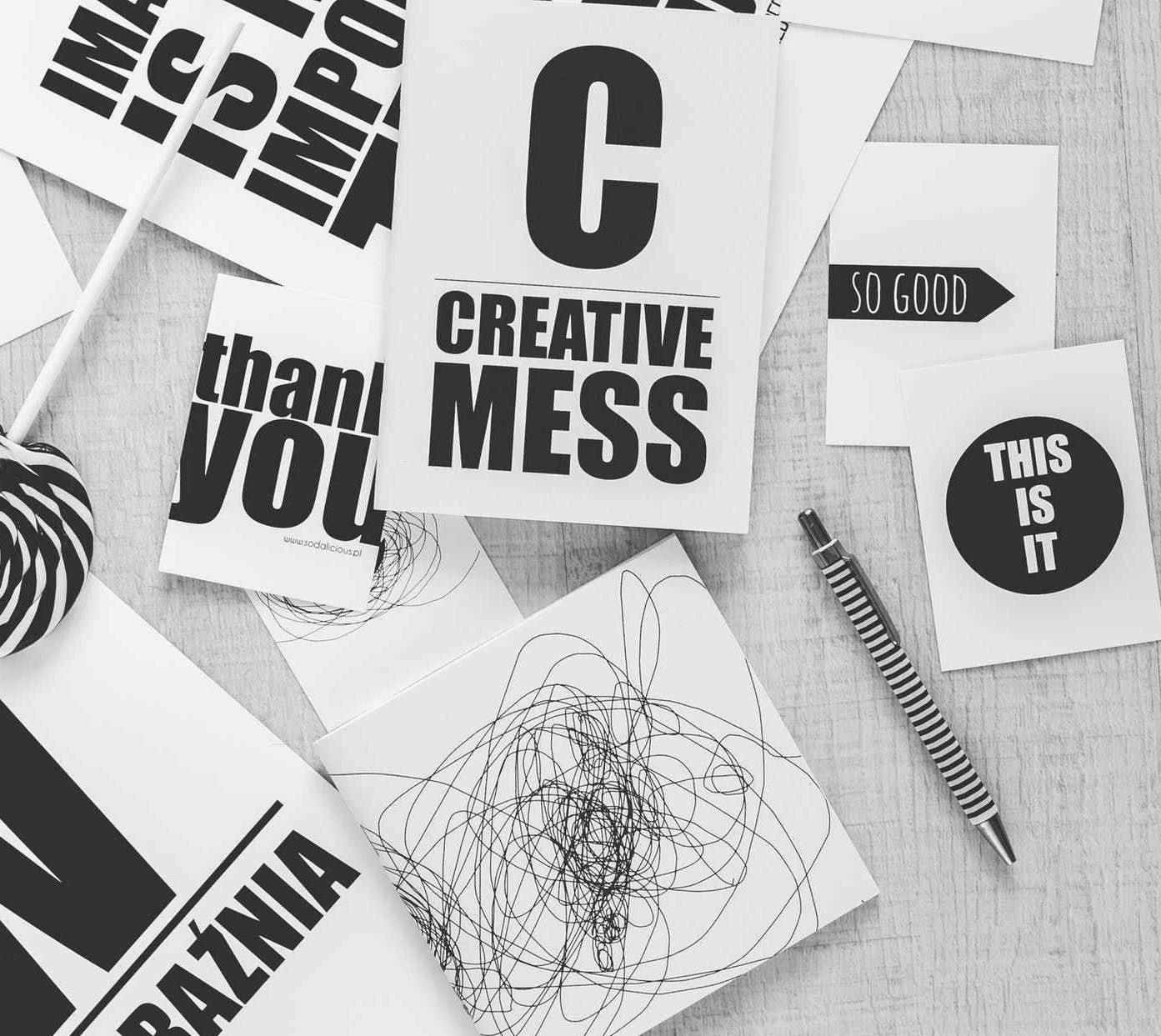 To say the resumes were a mess is an understatement.

I’m not sure where these people got their initial advice on how to create a resume, but I assume it was either a first-grade elementary class or a trained monkey.
Anyway, it was apparent why the resume wasn’t getting any results.

Even more, I saw a second pattern developing. Again and again, each poster had the same exact issues. They were making critical mistakes — ones that made their resumes almost worthless.

I was seeing this so often that it got to the point where I was making the same exact recommendations to poster after poster. Eventually, I made responding easier on myself by writing out a detailed response, saving it as a document on my computer, and literally copying and pasting it to one question after another. They all needed the same advice!
So in the interest of saving future posters the trouble of asking for help, I thought I’d share the three common issues Reddit posters faced and my recommendations on how to address them.

I’ll list them as recommendations of what to do instead of what to avoid as I think it’s more positive.

So with that said, here are my three tips for making your resume as strong as possible:

Consider this finding detailed on Time:

According to a study released this week by TheLadders, an online job-matching service, recruiters spend an average of six seconds reviewing an individual resume. The standard thought was that recruiters spent at least several minutes on each CV. Nope.

Six seconds! Yikes!
The reality is that recruiters have a TON of resumes to sort through so they need to weed them out quickly. That’s why each one gets six seconds.

This means that a resume writer needs to capture their attention and stand out (in a good way) in six seconds. If this happens, perhaps the review can be extended to 10 or 15 seconds, which allows the candidate enough time to tell his story a bit and hopefully make the “maybe” pile instead of being consigned to the trash bin.

What exactly do I mean here? I suggest the following:

There are exceptions to these of course. If you’re applying for a creative position, then throw out the rules and be creative with your resume (as long as you still communicate well, of course). If you have some skill that’s required for the job (or gives you a leg up), then you may want to include it at the top. But for 95%+ of the jobs out there, these tips hold true.

The resumes I was seeing on Reddit were all sorts of messy. People were detailing their job experience in paragraphs so difficult to read I’m sure no one plowed through them. They listed their experience at the end of the resume and in no particular order. They were spending the first half of the page telling us what they thought of themselves (and their abilities) versus getting to the meat of the presentation. These resumes were train wrecks and it was easy to see why they had not been effective. 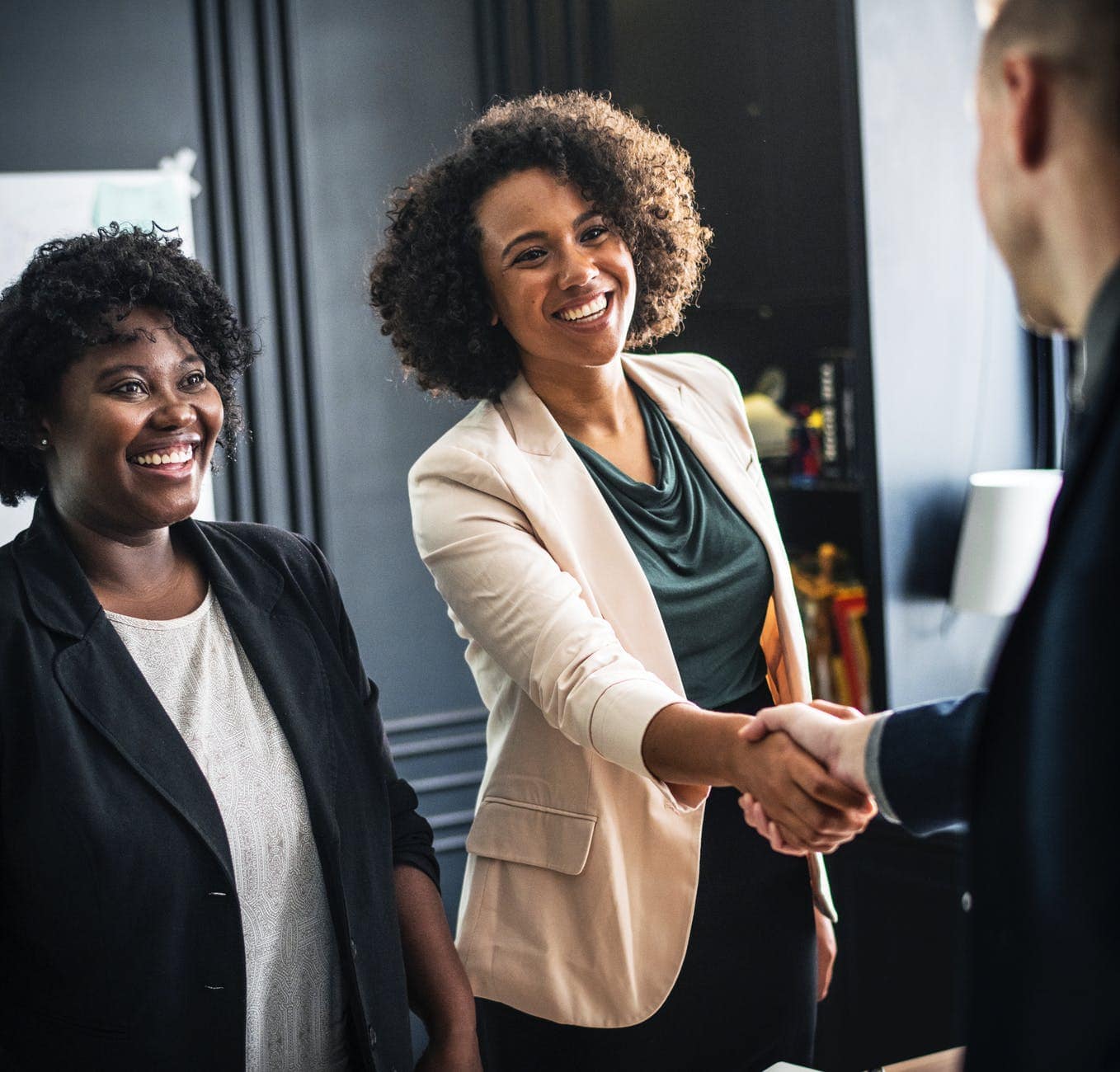 Consider two candidates. The first one lists the following in detailing his most recent job:

I helped the sales team in their work.

The second lists this:

Now, which of those two people would you want to interview? (By the way, the purpose of a resume is simply to get you an interview.)

See how the second is so much better than the first? If you don’t let me name a few ways:

The sad thing is that these two different lines could actually be the same person! It’s just that if he has no clue how to write a resume it might be more like option 1 but if he had a bit of direction he’d write it as option 2.

Questions I get about this tip often come down to “I don’t have any accomplishments” and “I’m not sure how to quantify what I’ve done.”

If you literally have zero accomplishments, you need to try and make the bullets sound as impressive as you can. That said, if you have honestly contributed nothing meaningful to your current employer, why should a new one want to hire you?

If you have accomplishments but aren’t sure they can be quantified, that’s better than nothing. But think hard and use numbers if at all possible as long as they are impressive (delivering a sales increase of 0.1% is not worth mentioning — unless of course the rest of the company was down 20% and then you’d want to list it as “Delivered 20% sales increase versus rest of company.”)

3. Focus On Networking If You Really Want To Find A Job. 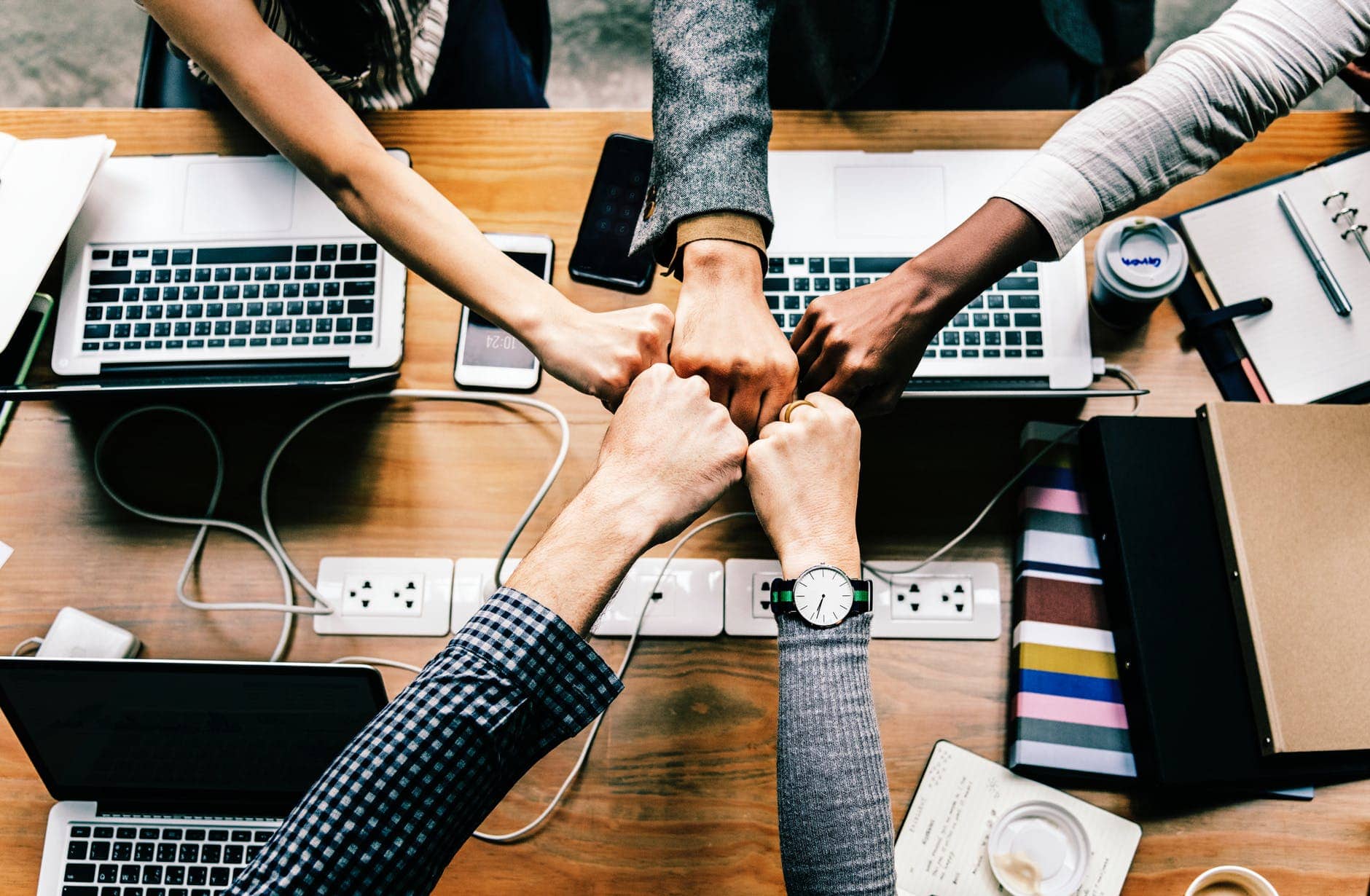 Submitting a resume online makes the applicant feel like he’s doing something, but the chances of being hired this way are remote. In fact, Forbes says, “This method works just 4% of the time, on average.”

I have advertised jobs online several times and we’d always get a few hundred applicants for one position. I probably spent less than six seconds on each resume just to get it down to 10 or so I felt were qualified. I’m sure I missed many great candidates this way but the sheer numbers dictated my actions. Many companies face the same thing, that’s why the odds of being hired from an online source are not great.

Instead, do a little networking. You know, actually talk to human beings — people you know, people friends and family know, people past co-workers know, people your college professors know, and on and on. Talk to people, tell them what you’re looking for, and ask if they can help or know anyone who can.

By the way, you’re going to need to be a good networker to advance your career anyway (networking is one on my seven steps to make millions more in your career), so you might as well get good at it now.

Networking takes a lot more effort (which is why people probably avoid it) but is MUCH more successful. Forbes says this method “works 33% of the time.” The only thing that works better (at 47%) is “knocking on the door of any employer” which is simply a cold-call version of networking.

If you’re looking for another source on the dynamics above, consider the facts presented here:

Networking allows you to break out of the pack, find a personal connection, and get selected as one of the few who get an interview. Using it you have between a 33% and 47% chance of success — versus a 4% chance simply posting online. Is it any wonder these Reddit posters were having issues?

My experience here was with Reddit users, but it’s not unique to them.

Almost everywhere I get asked about reviewing a resume (from a friend in person, someone emailing me one, online on other sites, etc.) I see the exact same missteps. These there are very common. And unfortunately, if you get them wrong, you are significantly hurting your chances for success.

That said, now that you know how critical these are, implement them in your next resume. If you do, you’ll stand out from the pack and your odds of success will grow dramatically.
This Post originally appeared on The Money Mix and has been republished with permission.