Money isn’t everything, but life sure is easier when you have it. I don’t think anyone will disagree with that statement, but what separates the haves from the have nots? Why do some people succeed financially in life while some of the hardest workers I know constantly struggle?

Being in law enforcement for 15 years has given me great insight into many different aspects of society.  I have met some amazing people in my community and found that you can’t judge a book by its cover. I have also witnessed the amazing transformations people have made in order to be successful in life.

Some of my most inspirational contacts were with people who lived in poverty during their childhood and were able to claw their way out. Over the years, I have had the privilege to speak with many of these people who are now small business owners and entrepreneurs.

Witnessing the positive transformation of people never ceases to inspire me!

What’s even more motivating is that many of these successful people were similar in how they approached life and work.

All of the success stories I witnessed had one thing in common.

It wasn’t as easy as doing a budget and spending less – as some financial “experts” would make you believe.

13 Steps To Take To Change Your Financial Life

I have taken the information I learned from those success stories, as well as my own, and compiled them into 13 actionable items you can do if you’re struggling to change your financial life.

1. In Order To Be Wealthy, You Need To Be Healthy

I have witnessed people run themselves into the ground by working in extreme conditions and long hours. By the time they are 30 years old, they look and feel like they are 60.

Many of you know people who work long hours and come home to a six pack of beer or smoke a pack of cigarettes at work. They have an incredible work ethic, but their bodies are deteriorating before them.

This isn’t to diminish the importance of hard work, but you definitely need to take care of your body if you plan on making a difference in this life.

Regular doctor visits are necessary along with a good diet and exercise. If you neglect your body, your mind will also suffer. Take care of your body so your body can take care of you.

2. Before You Invest In The Stock Market – Invest In Yourself

Investing in the stock market is great if you want to witness the miracle of compounding interest, but for an even greater return on your investment, invest in yourself first.

The skills you learn today will be with you for a lifetime. Equip yourself with the knowledge and ability to increase your position in life.

How to invest in yourself:

Once you stop learning, you stop growing.

Obviously, this may not be entirely in your control but if you are not on stable ground with a career and a plan, it doesn’t hurt to live at home for a year or two more. Give yourself the best chance at success by moving out of your parents home when you can actually afford to live on your own.

Many people move out as soon as they turn 18 and struggle for the next 10 years to become financially stable. However, this is not an excuse to live with your parents until your 30… we are only talking about a couple of years…

I know this will probably come back to bite me if my three children read this.

The people who are most successful have extensive networks. Few people have been able to change their life entirely by themselves. We all need a support network and people in our inner circles who are smarter than we are.

If you’re the smartest person in the room – you’re in the wrong room.

So many people are intimidated by others who are more successful or intelligent than they are. In reality, these are the people who can help you become more successful. Reach out to these people and learn from them. You never know who will be willing to take you under their wing!

That’s why I’m part of a great blogging group known as The Insiders. If you’re a blogger and want more information, I highly suggest you look into The Insiders on The Money Mix.

5. Burning Bridges Can Come Back To Bite You

Congratulations, you finally landed a better job. However, think twice before you go off on your boss and tell him what a micromanager he was and what a terrible person he is. You never know what connections he has and when you two may meet up again down the road.

Andrea, a personal finance blogger from Saving Joyfully recently experienced this when she left her previous job for a better opportunity. After a short time with her new job, she was laid off and left without an income. Luckily she didn’t burn bridges with her old company and was able to get her old job back.

You never know what the future holds and who knows who.

6. Do Things That Make You Uncomfortable

If you look at my resume, I have not stayed in any one position more than a year and a half. I get bored easily which has resulted in a resume with many different details under my belt.

Over my 15 years in law enforcement, I have participated in nine oral board processes for different details and promotions. A secret of mine: I hate preparing for these processes and I’m always a nervous wreck.

Even after being a part of nine different processes, I still hate doing them. It’s an uncomfortable situation but I have never regretted it. Even when I failed at an interview, I learned something and was able to improve in my next interview.

By being uncomfortable and trying new things, I have definitely been rewarded in my career. I never would have achieved as much as I have if I had avoided uncomfortable situations and stayed in the same spot.

Push yourself to apply for that job or try that new skill. You’re much more capable than you know!

You will never get ahead in life if you refuse to try new things. If you’re constantly pushing yourself to achieve more, you’re bound to fail. You may even fail alot!

I personally hate to fail because I’m a perfectionist at heart. However, with each stinging failure, other doors opened that would have been closed had I not tried something new.

The people who have had the most success in life often failed more than anyone else. Check out these 6 highly successful people who failed their way to eventual success:

“I have missed more than 9,000 shots in my career. I have lost almost 300 games. On 26 occasions I have been entrusted to take the game-winning shot, and I missed. I have failed over and over and over again in my life. And that is why I succeed.”

Fight the urge to become complacent. Even if you are satisfied where you are in life, keep an eye open for opportunities that present themselves. I’m not talking about get rich quick schemes. Always look for a way to improve your current situation or an opportunity to test for a better position.

If you keep your head in the sand, you may just miss a door that opened specifically for you!

9. Pay Attention To Your Finances 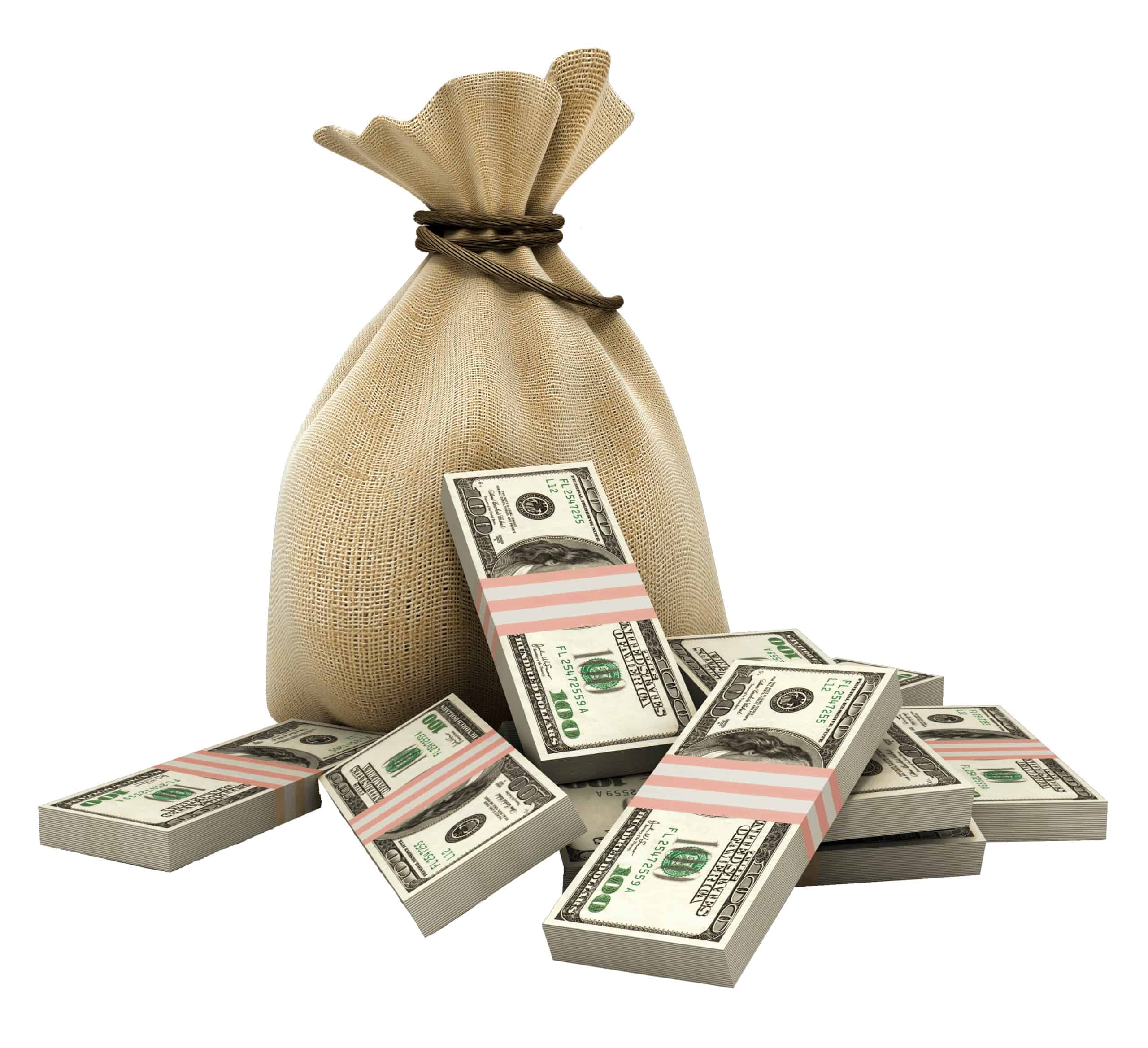 While doing a monthly budget isn’t the magic recipe for financial success, it definitely is the main ingredient. If you don’t tell your money to behave, it will act out and not listen to you. Before you know it, your money has run away and you had to file a missing person report for it.

Perhaps that was a terrible metaphor, but you need to tell your money where to go and make a plan for it.

I wrote an extensive article on how to create a budget if you need some help.

10. Loyalty Is Great, But Not At Your Expense

I know several people who have missed great opportunities to get a better job because they felt a sense of loyalty to their current boss. Often people are afraid to hurt or offend others so they avoid furthering their own careers in order to make others happy.

I’m all for loyalty as long as it does not keep me from my full potential. If you made an agreement with someone to work for a certain amount of time, you do need to honor that. However, if you’re afraid of making a career move because you don’t want to hurt anyone’s feelings, you need new friends.

True friends want to see you succeed. Not hold you back.

If your living paycheck to paycheck, that much needed raise or increased income can’t come soon enough. However, when you finally start to make more money, continue to live on your old budget and use the new income to pay off debt or start investing.

The majority of people spend more when they make more. When you get a raise, avoid rewarding yourself with more debt by purchasing a more expensive vehicle! Most of us are tired of being broke, yet we continue to spend every last cent.

If you were able to live off less money in the past, try to live off that same amount in the future for as long as you can.

12. Realize That Your Neighbor Is Broke

If you constantly compare what you have or the vacations you take with your friends and neighbors, you will quickly become self-conscious. The question of, “how do they afford that” will routinely come to mind.

The truth is, they don’t. Your neighbors are as broke, it not more broke than you are. The comparison game is a game most broke people play. They constantly try to rack up more debt than their friends in order to maintain a certain image.

Fight the urge to compare yourself to others!

13. Understand That Today May Not Be Your Day

Ever heard the phrase, “everything happens for a reason?” Well, it’s absolutely true.

Here’s another great quote, “be careful what you wish for.”

I can’t count how many times I have wanted something and not gotten it. A year or so down the road I look back and am totally glad things worked out the way they did. Rather than the way I wanted them to at the time.

What we think we want or need isn’t always necessarily the best thing. If you don’t get that job, there was a reason for that. Keep trying until the right opportunity comes along.

As you can tell, the majority of these steps and pointers are entirely mental. You are your biggest obstacle when it comes to your success. Yes, there may be outside economic factors that make it more difficult for you to get ahead in life but don’t ignore how powerful your own mental influence is.

Take some intentional steps today to improve your current situation. Whether it’s building your first budget or deciding to look for a new job, do something today to change your future.

If not today – then when?